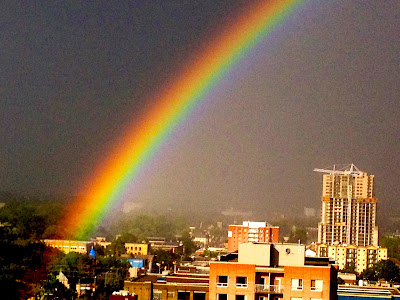 Let's back up to July:  Was sitting on the balcony with Jodie, enjoying some cocktails, and I happened to look out and saw this.  It was the most spectacular double rainbow that I have ever seen (possibly the only one).  The colours were magnificent! 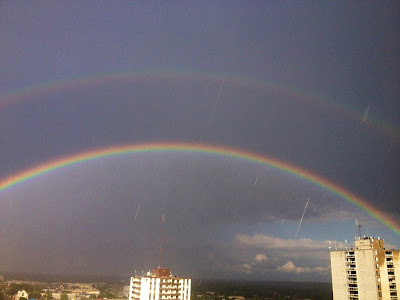 I could see both ends of the rainbow.  I did not think to use my panorama program for the iPhone (cause that would have been perfect).  Unfortunately, there was no little green man or a pot at the end (on either side.... I checked). 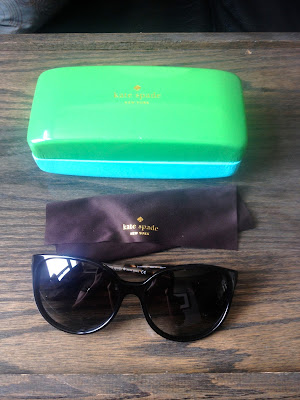 After several more cocktails, Jodie and I went on this website called Tophatter.  It's an auction site.  So we did some alcohol induced bidding and both made out with a pair of brand new Kate Spade sunglasses.  These are mine pictured above.... I liked Jodie's better.
(Jo, I did mail 'yours' out and it should arrive in about 2 weeks) 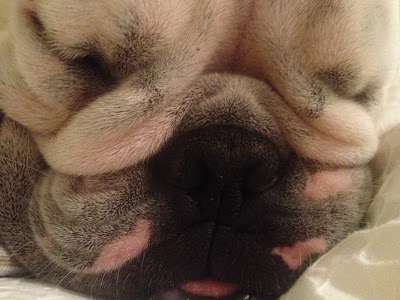 Jodie and I were making our way to our family reunion and made a pit-stop in Ottawa for a couple of days.  We stayed at Jo's friends place.  I got to sleep with their baby Huxley! 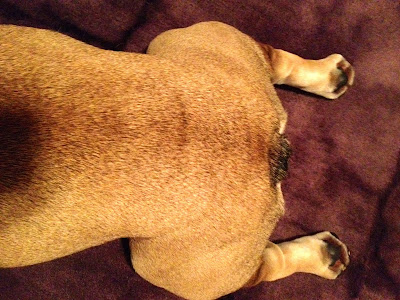 I think Huxley looks like a Thanksgiving turkey..... focus more on the back end.  Just put a pair of paper cutlet frills on his feet and he's good to go! 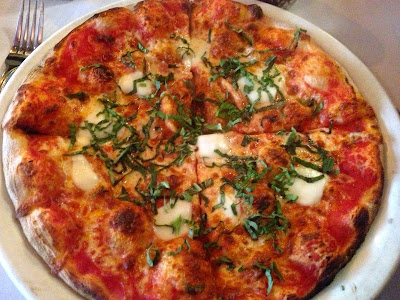 We had really yummy pizza in Ottawa! 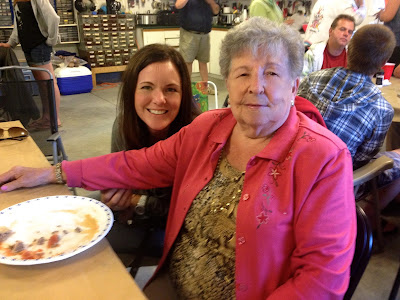 The next stop was our family reunion.  My Uncle Pierre invited everyone to come to his home in Barry's Bay, Ontario.  A lot of people were from Quebec so I was excited to practice my French.  We celebrated my Grandmother's 87th birthday.  That's her and Jo pictured above. 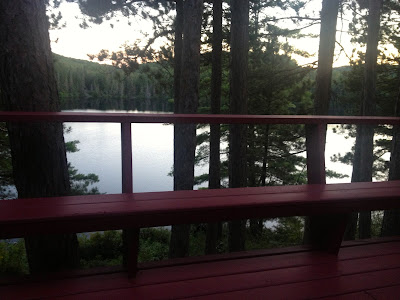 My uncle has a beautiful property and everyone had a good time.  I am taking a stab in the dark by saying that there were about 40 people present during the weekend. 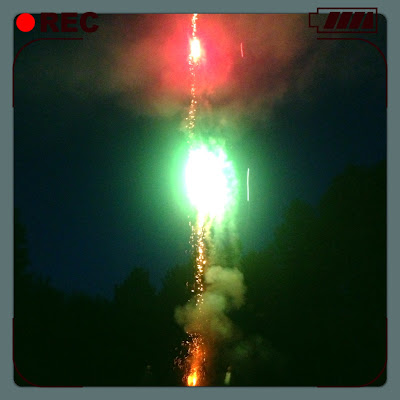 We had an impressive display of fireworks...... always a good time! 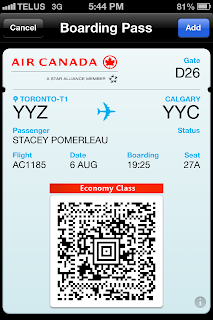 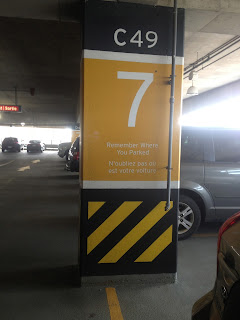 The original plans were that I was to drop Jodie off at the airport on Tuesday and then make my way back to London.  Andrew booked me a flight a few hours earlier than Jo's and I flew out to Calgary.  There was a sad goodbye and we headed off in our separate directions...... 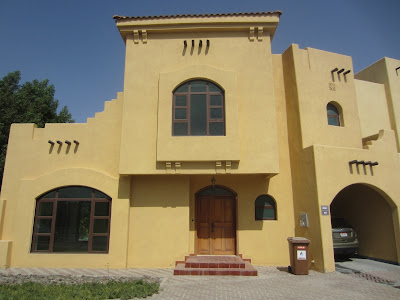 I am happy to report that Jodie is transitioning well, and that it's not as scary as she had thought (she did a lot of research on the internet: and that is not always a good thing).

This is Jodie and Dave's new villa in Abu Dhabi. Their furniture is expected to arrive September 3rd, but it must go through customs first.  That could take awhile.

They have a saying out there: "Insha'Allah", it means 'God willing'.

'We will get to it Insha'Allah' (Translation: don't hold your breath)
Love it!

More about my Calgary trip in a later post.
Gotta run.

I'm not sure which is better: the comparison of Huxley to a turkey (and yes, absolutely does!) or Huxley's name in itself! What a fantastic dog name!

What great adventures! I just visited Quebec City for the first time last weekend - loved it!

I read your post about Quebec City...... It's a great place.

I Hope you had a great time with your family.
I enjoyed the comparison between the dog and the thanksgiving turkey :) You made me laugh!
Beautiful picture of that pizza: it looks delicious! I'm sure it isn't the same pizza as it is made by "Pizza Hut! I have just written a post about this topic. If you have time, you could see the following page:
http://giorgiorusso2.blogspot.it/
I would be grateful to get your comment and know your point of view.
Have a nice week!

I love rainbows! They're like a kiss from heaven! Now I want to go to Quebec City!