This is the West Edmonton Mall.... it's huge!

A little fact for you: West Edmonton Mall, located in Edmonton, Alberta, Canada, is the largest shopping mall in North America and the tenth largest in the world by gross leasable area. The mall was founded by the Ghermezian brothers, who immigrated from Iran in 1959. 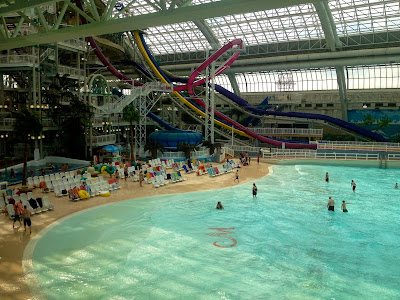 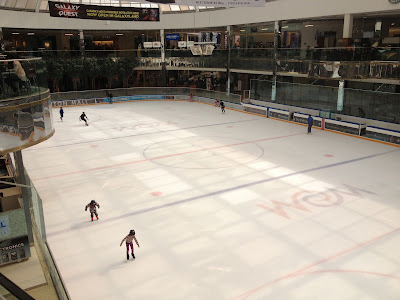 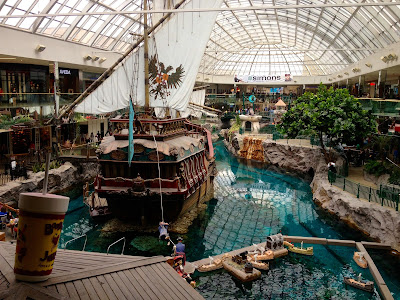 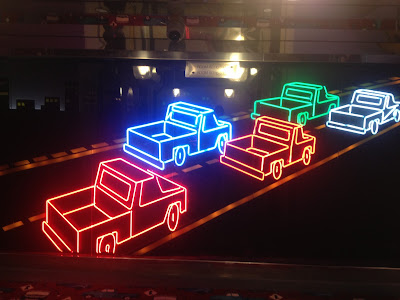 We stayed in a Theme Room at the Fantasyland hotel (In the mall).... 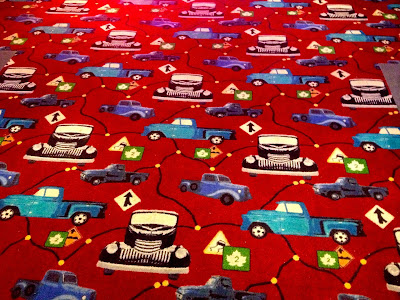 As you can see, cars were the focus of our floor. 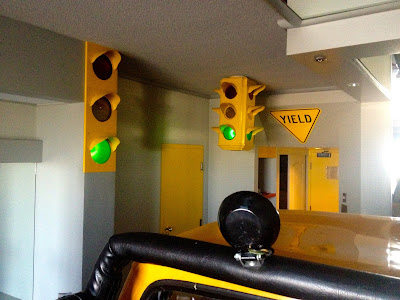 We slept on the back of this pickup truck.  Fun concept, but it was uncomfortable and hard to get down in the middle of the night to use the washroom. 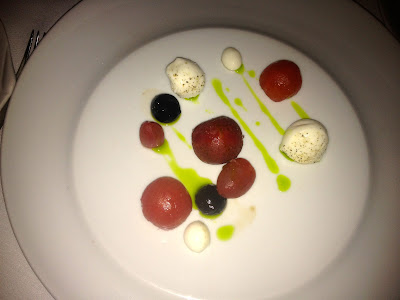 Once back in Calgary, we celebrated our anniversary at Teatro.  A fine dining restaurant that Jodie used to work at. 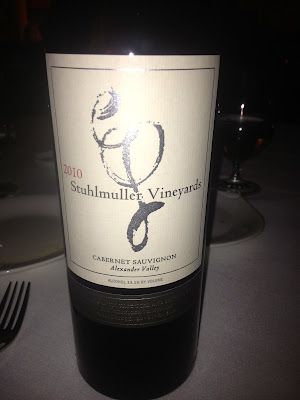 They even served me a vegetarian tasting menu..... I hadn't asked in advance. 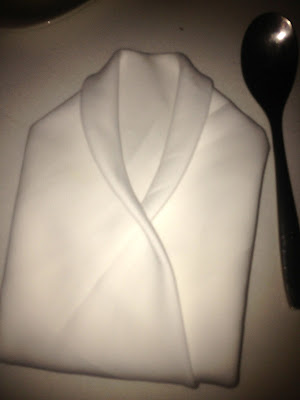 This is what happens to your napkin when you leave to powder your nose. 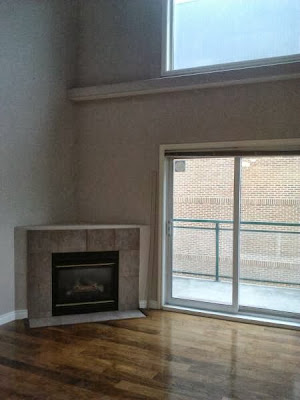 We even managed to pick out a rental condo.  It's a decent size for downtown Calgary (but almost half of what we have in London..... Yikes!!!).  We haven't rented in over 20 years, it's an unsettling feeling, having no control.  We can't renovate, paint, put holes in the walls (small picture nails are acceptable), and so on....

That was Calgary (and Edmonton).  I flew back and am currently purging and selling things.  I am getting addicted to selling our stuff on Kijiji.

I'd love to visit that mall. The idea of having a pool and skating rink in one just blows my mind. One thing's for sure - if I went I'd get lost in it.

might be a mall you could run early am in when the weather is really bad? stranger things can happen! have fun in your new digs!

That mall looks like you could spend days in it having fun! Congrats on the new digs, hope you settle in easy!

I agree with you. Living in Calgary is my choice of living and buying from Calgary real estate is worth the price. For me, life is easier and comfortable right here.

I have NEVER seen a mall with a pool and skating rink - crazy!

The apt looks like ... I love the hardwood floors. I'd suspect the fireplace is much-needed in Calgary! :)

That mall is amazing, you could spend days in there! It sounds like you are going to be very busy with your move. So exciting! :-)