A long while back I received a Liebster Blog award from Shannon.  Thank you so much Shannon!! 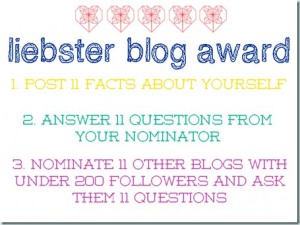 I strongly dislike having to "Prove (that) I am not a robot"  in order to leave you a comment.  I can barely read half the crap they put up there.  I try to guestimate as best I can.  After 2 tries I give up.  So, If you have a blog, and make me prove that I am not a robot, you probably haven't received comments from me....... it's not that I haven't tried!

3.  I absolutely love my head massager and I am not afraid to admit it!! 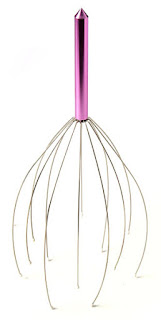 Don't knock it till you try it.


4.  I have recently been converting from running Skorts to running Shorts.  Whooda thunk?! 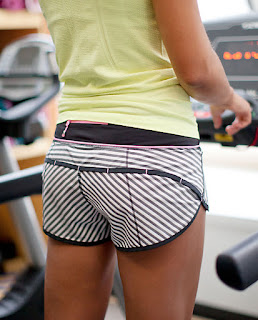 Lululemon has lots of shorts that make your butt look good (photo taken from Lululemon's website).

6.  This photograph haunts me.  It's incomprehensible......... No living being on this planet should be without food.  I am sorry that this is so depressing.  Unfortunately, life has some harsh realities. 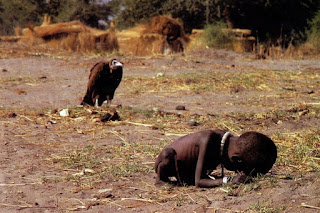 7. I am back to work after almost 3 years off....... I am learning all about Managed Services and the IT world.  It's pretty exciting!  I really like having a routine.  When I had all the time in the world I tended to be a lot less motivated..... maybe that's why my running/ exercising has felt like a chore over the past couple years?!

My new 100 miler is being held On September 28th, 2013 at the Great Seal State Park in Chillicothe, Ohio, USA

I look forward to using everything I've learned from my first 100 mile attempt to make this one successful.  A 100 mile race is a beast that deserves a lot of respect.  Respect that I clearly didn't have the first time around.  Ignorance is not bliss when it comes to a 100 miler........  it's more like a sledgehammer to the face.

10.  Over the past several months I have been trying out new hobbies....... I have canned pickles and spicy beans, I have started knitting (using a loom)..... mostly scarves, and painting.

I found the pickles to be really salty.  The beans are pretty good but a tad on the salty side also.  I will try different recipes next year.

I love making scarves.  I like to be in some sort of constant motion........  I can sit through a whole movie now if I am knitting!

I like painting because it allows me to be creative.  I am not very good at it, but who knows what I could do with some practice?!

11. I have finally been able to forget the excruciating pain that accompanied my last tattoo.   I am planning/ constructing a new tattoo piece.  I hope to get everything sorted out and completed by the end of 2013.

- I hate the Internet Security word as well

- Chillicothe is about a 90 minute drive for me, it is close. I have done a couple of triathlons down there, one word "HILLY" that is being conservative, on the bike, I was either going up or going down, nothing ressemble anything close to flat in that area.

Thanks for the info on Chillicothe........ Will work on hills and squats!

What sort of painting do you do? Mine is abstract because I can't draw worth a crap ;)

I like your new main picture - it is one of my favourites. She is smiling and having such a good time with Andrew during his trip up here. Thanks for posting it.

It's our favorite picture also!

I can't tell you how much I hate having to prove myself over and over again too. I hate getting things wrong and I seem to get it wrong a lot - even when I don't think I've gotten it wrong. And the worst part is that you can't argue with it.

If all you do is apply rules, you may be able to get through e-mail in half the time it took before The possibilities are endless I've already given a physical description of what will happen in my first end time article of this series

These pictures are very great, and thanks for sharing with you. Willa is very like go shopping, and she bought some very fashion reusable shopping bags, they are so fashion and useful.