Saturday we left Rondeau Park and made out way to Fanshawe Park. Andrew backed the airstream into the site with little difficulty.  We still need many accessories, but hoses, solar panels, levelling blocks, and safety items have taken priority.  I'll post a pic tomorrow.... just took one and it hasn't loaded into iPhoto yet.

Sunday: Got up early and headed out for what was supposed to be a 30 miler (finished 28.75).   Being the first person out on the Lake Trail, I had the honour of displacing hundreds of spider webs with my face. Some webs were so thick...... I swear they could have been made with fishing wire. I ended up grabbing a branch and thrashed it around wildly as I ran (funny sight I'm sure). 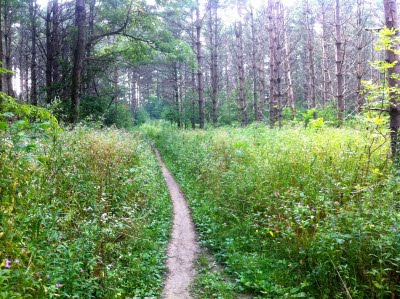 I was thrilled to come across a groundhog mecca. It was teeming with at least 30 FAT well fed grass munchers that were surprisingly quick on their feet.

I managed to get a snapshot of this guy before he dove into his hole. 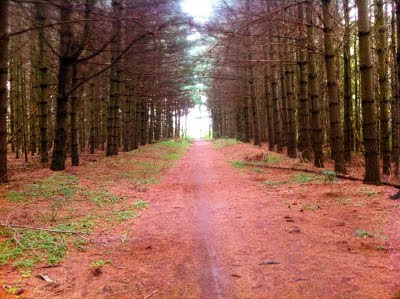 The Lake Trail has much to offer...... single track, wide cushy paths, root and rock laden inclines and declines, wooden bridges, a stream crossing, great views and much more. 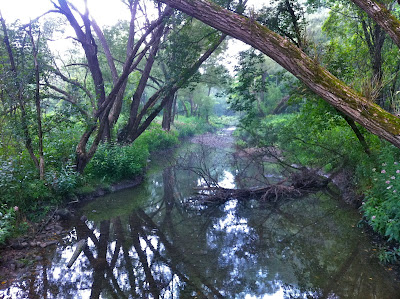 Monday's 26 miler had a small snafu. At mile 17, my heel hit a rock and I fell forward, landing on my shoulder. Fortunately, it was on a down hill...... I had enough time to flip so as not to face-plant. The next 9 miles were VERY slow and painful. 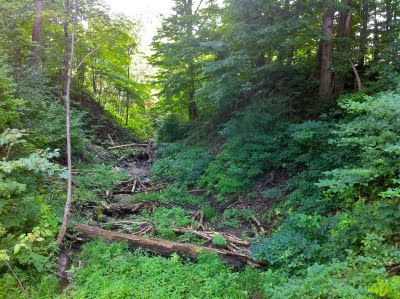 Feeling like I had been hit repeatedly with a bat, I took full advantage of Tuesday's scheduled rest day.

Have you ever fallen during a training run/ ride?

Your description of hitting the spider webs with your face - eowwwwww!

Ouch! Glad you are okay! Yes, I've fallen twice, but only hurt once. I caught myself and the road tore up my palm pretty badly. It was like being a little kid again - in a bad way!

Great pics and post! How lucky you are to be traveling and enjoying life right now! Congrats to you and yours! Keep running and keep posting, I am so jealous!

I love the views,

I have forced off the road by a car on my bike and crashed, I will find that guy someday

Yeah I fell on my face in front of a family hiking the other weekend. Just some general trail rash. I'm sure they had a good laugh at my expense. Enjoyed the photos!