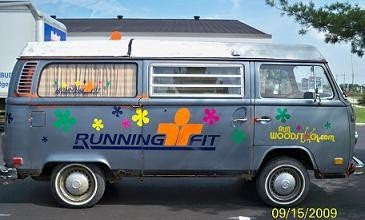 I am officially a registered participant......Yippee.

In other news.... I will be picking up my race packet for this Sunday's half marathon. I am pumped because I will be getting a jacket in lieu of the "race t-shirt". How cool is that?!

What kind of fun/ interesting things have you received in race packets?

Bitch Session (I am allowed because I have PMS): 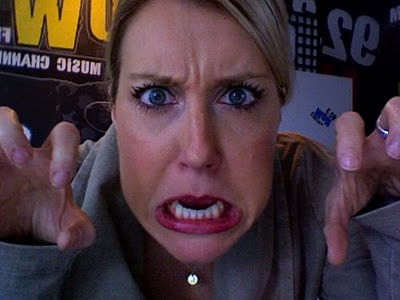 I have had a horrible training week so far.... specifically my running. My legs are cement poles that never seem to warm up. I will be very excited if I can pull anything faster than 10 minute miles during the race. If that is the case, it will be my PW (personal worst) half marathon!

I have also been having some horrible shoulder/ neck pain.......... of unknown origin. It's been a couple weeks since I have been able to lift weights. At times, it hurts so much that I want to throw up.

Not sure if it is becoming a new trend, but a couple of the races I have signed up for are offering medal engraving. You can have your time engraved on. Neat idea... probably won't be getting it done after this one ;-) 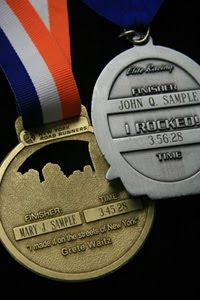 Hallucination 100 Mile, yep that is a great race name for a 100 mile run

Now getting a jacket is cool in hte swag bag, I hope its a nice one

I havent been offered engraving, now I kinda want to

Hope you get engraving offered at your next event!!!

Congrats on registering! Spike will be tackling one of the distances out there this summer too! We'll see you out there! Good luck this weekend!

That is a *lot* of miles. You'll definitely be hallucinating by the end of it :p

The best thing I've gotten is a race jacket from the Hot Chocolate 15K in Chicago. I still wear it all the time!

Good luck running Hallucination 100 Mile. I might run a race up there that weekend. I need to decide soon.

You should consider the 100 miler Deloris..... You are certainly ready!!!!

100 miles. I'm in awe. You really ARE the Ultra Princess!