Is it socially acceptable to fart in front of other people? 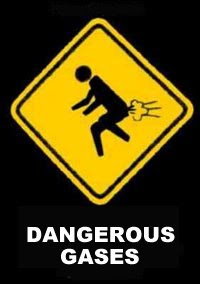 
"At the end of February I raced in the annual BAAR BRAWL. The event, which this year ran from midnight to 5pm, is more of a training event rather than a race. It is in the middle of the winter, only two teams in its history have cleared it, and it is not sanctioned. People use passports, but nobody ever collects them, and the race organizers remain anonymous.

As an unconventional event, I represented the "skirt" racing alongside six dudes. As one team member put it "You're the spice in the sausage soup". I was aware of this before, but maybe it became more potently apparent among the presence of nearly double the dude factor, but adventure racing leaves no room for personal barriers or social norms."

To read the rest of the article click HERE.

In training or race situations, is it acceptable to fart, pee, and perform various acts that you wouldn't normally do in front of another person? Have you done it? Have you experienced someone else doing it? Thoughts?

I know that I get grossed out when people Hork, gob a loobie, spit snot/ phlgem out of their mouth, what ever the heck you wanna call it. . . . . . . . Gross me out

During my first marathon in Portland, I peed on a hill along with a ton of other people - I made sure I was uphill from the majority of them - but something I would never have done in real life. But I will never forget it. Who has time to wait by a port-a-potty when nature provides such a convenient venue?

I think anything that you might do while drunk is also okay while running as long as you are running long.

I personally believe the rules differ dependent on whether you're on a road or trail - on the trail, anything goes!

I pooped [barely] off course during a road marathon in December. Like I freaking care. Have to poop - will poop. don't look if ya don't like it.

This actually made me laugh out loud.

I say that any kind of odd bodily function should be avoided around others. I know that is contrary to what most runners think, but it just creeps me out! Plus, I don't need to be smelling your rank bodily functions :p

This made me laugh. I ran behind a guy with obvious GI distress during my first 50k - and whole it was cracking me up, I didn't think it was weird. It's natural!!