After cramming 46 miles into 5 days I was pooped. I needed to do this so that I could enjoy my weekend away.... and not have t worry about weights, running, biking, etc. My Saturday morning started a 3:25 am. I went to work, I came home, showered, packed and headed to the train station.

Boarded train, settled in, hoping to get some sleep before arriving in London. I managed to get maybe 15 minutes.... crying baby, loud passenger and cell phones ringing. Remember the fact that I have had very little sleep....

Andrew picks me up and we go to the condo where I freshen up and get ready to go. 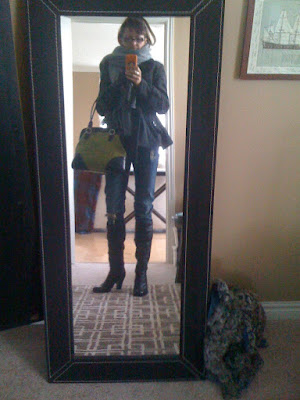 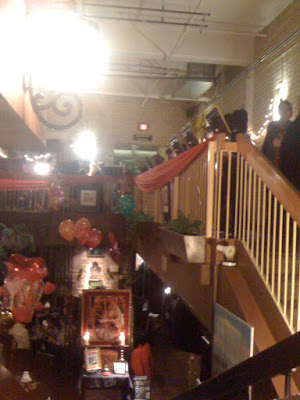 We head out for dinner to a restaurant called 'Aroma'. Andrew had to pull some strings to get a reservation (because he called 2 days prior). Hard to see in the photo but there was a dozen or so people playing the violin... serenading the patrons. Andrew and I stood and watched them for a while before heading out to the concert. 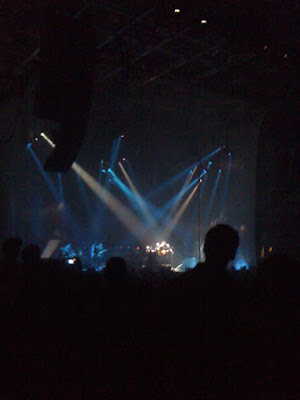 Not sure what time... but John Mayer eventually came out and played for us. 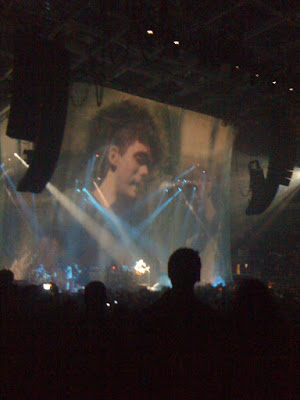 This is going to sound so contradictory. He was just as good live as he is on his cds. It was very good. That being said..... I sort of fell asleep for awhile..... Zzzzzzzzzz.

I have done this before (fallen asleep in inappropriate places), and will probably do it again. For example: I fell asleep during 'Ka' in Vegas (Never plan a late night for the 2nd night's stay in Vegas).

I think this just shows how sleep deprived I am. Yipes!

Question: Why is it that on a 'work night', the sound of the furnace turning on is enough to wake me from a dead sleep, but I can sleep through a concert on my weekend? 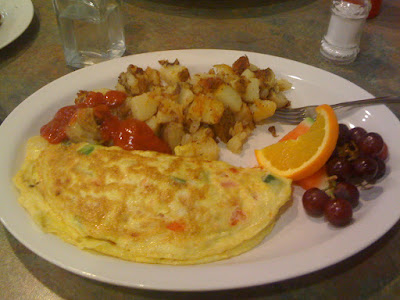 The next morning Andrew and I had a huge breakfast! I ate so much food over the course of 24 hours. I think I gained 5 pounds!!

After breakfast we headed to The Running Room. I wanted to pick up a sweater/ sweatshirt because I hadn't packed for the cold. I left the store about $300 lighter. Ouch! I'll post my purchases later.....