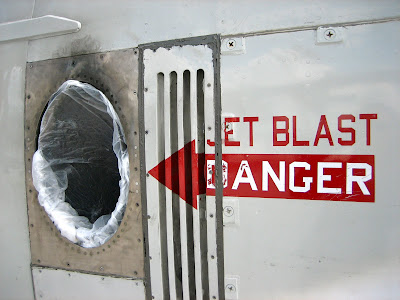 Today I got to attend an airshow at Windsor's airport. 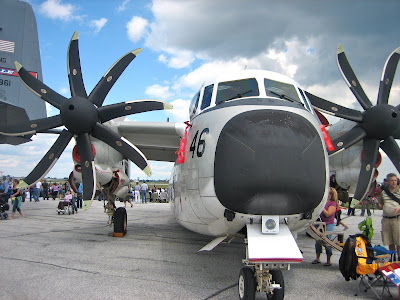 Not only was there an air show but there were lots of air crafts and vehicles on display. 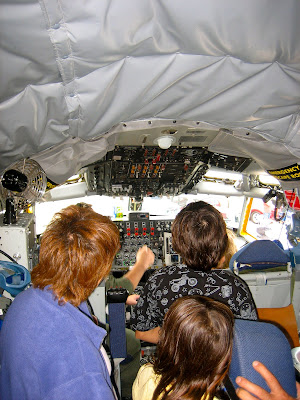 This is as close as I got to the cockpit because these people wouldn't leave and it was getting really effin' hot in there. 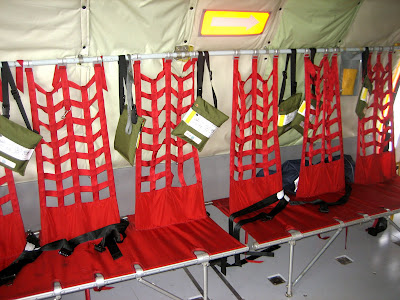 This is about as luxurious it got!!! 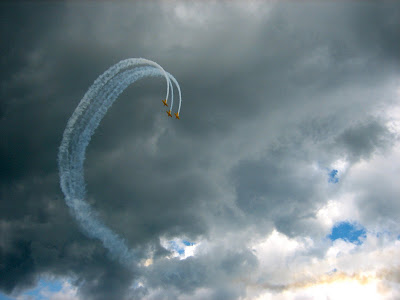 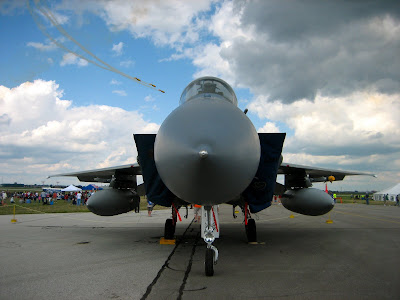 We got to see an airshow that was incredible! Some of the maneuvers were making me nauseous just watching... really! 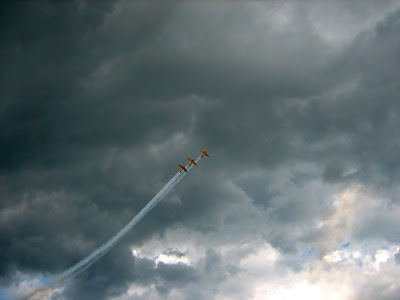 The stunts were brilliant. 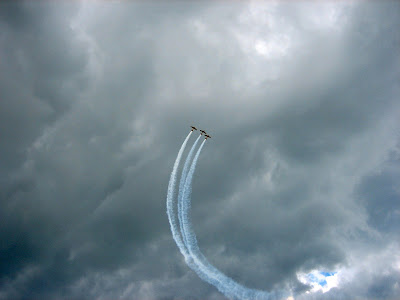 The skies were cloudy and it was windy.... didn't stop them giving us a great performance. 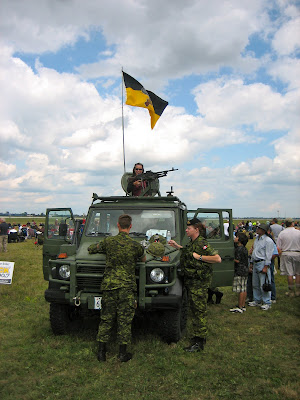 Here I am seeing what it would be like to use a machine gun.... I think I would really like shooting guns (not at people). The only gun that I have ever shot is a Potato gun that my dad built. That baby has some power... you can shoot a potato clear across the lake! 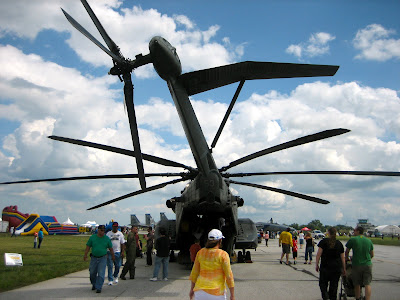 This helicopter was so impressive. It is really amazing that these huge crafts can actually take flight. Most of the aircraft that were on display were flown over from the United States.The crew members were on hand to answer any questions that you had.

My dad was in the Navy for 21 years, so every summer I was only blocks away from an airshow. Some great memories and awesome sights.

Strangely enough, you look good with a machinegun in your hands - kind of like a fashion accessory...
Janet

WMD
It must have been real cool to have a Naval officer dad!


Janet
I really like neutral colours so the army green machine gun will match most things in my wardrobe. ;-)