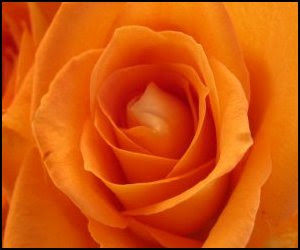 Let me start off by saying that Monday was my 13th wedding anniversary. I canceled our dinner plans so that I could stay home and clean. That doesn't sound right.... Here's the background information that you may have missed. I had a 30 mile run to do on Monday followed by a 20 miler on Tuesday. Tuesday afternoon we were expecting out of town guests (to spend the night).

My life is one of work and training. Which leaves very little time for household chores.... yes, it is my choice but, it doesn't make it any easier for me to have guests in my unkempt home. Andrew was understanding enough to allow me to postpone our anniversary dinner until next Monday.

It really meant a lot to me Pee, thanks! xo

Monday morning I head out bright and early for the 30 miler to beat the heat. By early, I mean 4 am. It was still 33 degrees (91.4 F) when I started the run. The lack of sunshine made it much more bearable. I quite enjoyed running when there was no traffic and no city noise... the only sounds were that of my breath and of my feet hitting the pavement. At one point I thought a small dog was running toward me.... turned out to be a fox carrying a bunny in it's mouth. The fox passed by me (only about 6 feet away) like I wasn't even there. 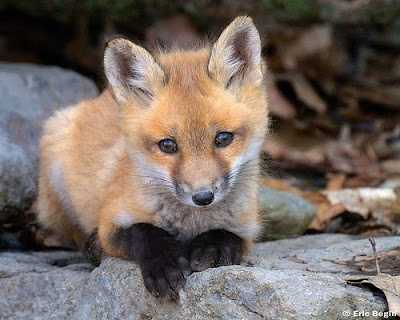 At mile 26 (feeling spectacular) I was turning around to complete the last 4 miles. I felt what only could be described as an electrical shock/ twinge on the outside of my left knee. I paused for a moment and rubbed my knee and continued running home. Well the pain began to get worse and the "shocks" were happening frequently. It got so bad that I ended up hobbling the last mile. I was pretty bummed because this run was fabulous.

After my physiotherapist gave me an online diagnosis (ITB injury) and some home remedies (stretching and ice, etc....) I was pretty hopeful that I would be able to complete my 20 miler the next day. I did make a contingency plan just in case.....

Tuesday morning came and my leg felt pretty good to walk on (big improvement from the night before). I headed out to run what my knee/ leg would let me run. At mile 4 I got the electrical shock again. I decide to head home. Every time the pain subsided, and I thought of finishing the run... the pain would start back up. A funny little joke my body was playing on me. So I promised my knee that I would just go home (maybe I had just lost my mind at this point because I was bargaining with my knee?!).

The rest of the way home I didn't experience any shooting pain. I passed by my house and completed another 2 miles before coming home for a "pit stop". At that point I decided to push my luck and finish the run.

I figured out that the key to my pain free running was to keep my core and abs engaged. This would keep me in alignment and wouldn't allow for my hips to swing. I have been told that I run like I am going down a fashion show runway.

As luck would have it I was able to keep my form for 18 miles. At that point I knew that I couldn't hold it together any longer... so I called it a day! I was very pleased with my run.

Apart from the heel pain (which I hardly noticed when the electric shocks were going up, down, and around my knee) I had the most fabulous runs ever. I do not ever remember a time that I have done this sequence, that I wasn't really sore and walking funny after wards. I felt like I could run another 20 miles today.

After last weeks runs I was pretty discouraged. I began to wonder if I could actually finish a 100k race. I wondered if I had lost focus, drive, or something. This weeks runs have given me back my confidence. I am very thankful for that.

P.S. I have decided to go back to wearing the Nike shoes. My heel pain is not getting any worse (I would say it's improving) so I think it was the right decision.

Also.... I was very disappointed in my Garmin 310xt. When I uploaded my 30 miler, the file became corrupted or something and would not download. Andrew went online and found out that there is a "bug" that they are currently working on. I knew that there would be some initial issues... I am just glad that it wasn't my "A" race that screwed up.

Great weekend of running and i'm glad the heel pain is gone, just hope the ITB doesn't become and issue.

A friend of mine also had problems downloading his 100k ride from his 310xt. Since you had two runs back to back, I suspect you might not have downloaded your monday run before tue.

Try pressing the reset button after each activity, or before starting the next activity. See if that helps. :)

Derek: I am going to keep a watchful eye on both problems... can't afford to have them screwing up my runs!!! I really need to make a point of keeping up on my core work (I've been slacking in that area).

BFG: I will try the reset button! Thanks.

Those little foxes like to show off their catches. The same thing happened to me up here one morning - there were 2 of them - each with breakfast in their jaws - and they never even looked at me - just trotted off.
Janet