Today's run went much more smoothly than yesterdays. I managed to get my butt out of bed at 4am. It takes me quite some time to get ready because I putz on the computer. Left the house just after 5am. The temperature was already 30 degrees (86F). It felt much better not to be running under the blazing sun. I did an 8 mile out and back and came home to prepare for the 18 miles that were left. I weighed myself and I was at yesterday's pre-run weight.

At mile 20 my left foot was covered in blisters. It was very painful to run but I pushed on. Once home I weighed myself and I was down 2 pounds. I was satisfied with that. I was able to survey the toes..... not pretty. I had to puncture most of the blisters after several hours because they were so huge. I am still having difficulty walking on that foot. I think that I have blisters under 2 of the nails. We know what that means..... bye bye toenails!

So this leads me to talk about my ongoing search for the perfect running shoe. 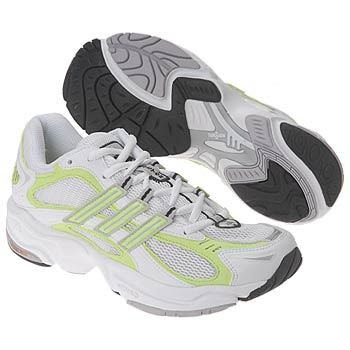 Adidas Boston Classic: These were my first pair of running shoes and I loved them!!! They were discontinued because most people didn't like the fit. What the hell do they know!? I think that they were perfect. I am really mad at Adidas for discontinuing this shoe.

After using up the last of the miles on the 6 pairs of Adidas Boston Classic I owned, I purchased a couple of pairs of New Balance both with no success. I really disliked the feel and fit of all New
balance shoes but since Andrew wore them I figured they couldn't be that bad.... I was wrong.

Nike Air Structure Triax 11 + 12: Purchased the 11's first and never really noticed them (I am realizing that is a good thing). When I purchased the newer model (+12) I was not satisfied with the subtle changes made. I would blister, in the same spot, after every run. At one point I thought that the blister would never heal and possibly become infected. So I decided to try another shoe..... 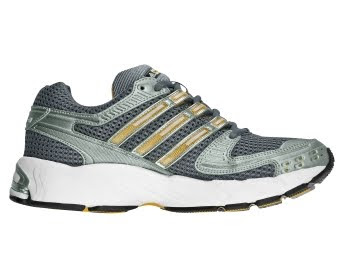 Adidas Response Cushion 17: I thought that these were like walking on clouds. I couldn't believe how great they were. I had to purchase men's because there weren't any of my size in women's. These were the first pair of runners that I actually thought looked cool! They have bright canary yellow laces and the entire lower half of the shoe was done in the same yellow. Why is it that they make men's shoes much more exciting with their bold colours? I am a fan of pink but c'mon.... Women like bright colours also!

Anyways, these eventually caused me excruciating heel pain. So on with the search.... 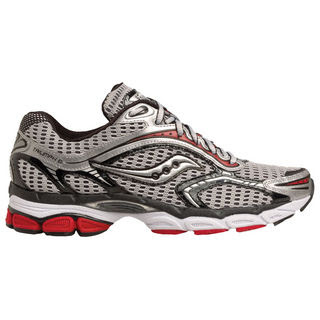 Saucony ProGrid Triumph 6: These shoes came highly recommended by the sales associate at The Running Room. I tried them out in the store and they seemed fine. They were great for the first 35 miles that I put on them. Then I could feel the Hot Spots starting and soon the blisters were forming. I believe that the toe box was too tapered and the heel wasn't snug enough for me. So I had to kiss another $160 + tax good-bye after only getting 46 miles out of them (2 runs).

I have no bloody idea what to do! I have forked out hundreds, and hundreds of dollars only to be disappointed in every shoe. 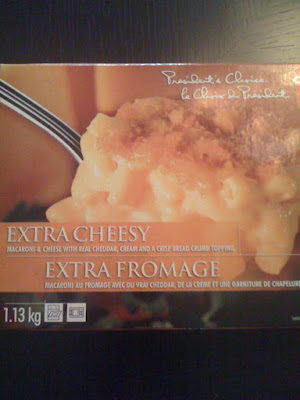 On a happy note.... I am treating myself to President's Choice extra cheesy macaroni and cheese with a crisp bread crumb topping for dinner. This has to be the best macaroni and cheese I have ever had. I have also eaten a huge bag of Heinz ketchup chips and have a chocolate bar waiting on the counter. So much for eating healthy today!!!

hey...congrats on the long long long run..ive never had blisters like u describe..but hey..i lose toenails like u wouldnt believe..
I too was pissed wen adidas discontinued the classic..i loved those shoes...so then i got some adistar which were blah..but used them, still do for smaller runs...dont like them..now im in mizuno wave creation, and i like-nearly love them and no toenail has fallen off and i have had no blisters to speak of with them. I have completed my longest runs in them too....

Thanks for the tip on the Mizunos Cathrine. I am going to have to give them a try..... once I have saved up some money!!! :-)

Have you tried Asics? The good thing about them is that they offer 2E and 4E widths. I run in the Kayanos 4E and have plenty of room. If you're a neutral runner, you might want to try the Asics GEL-Nimbus 11 in 2E/4E...

Yes, I have tried Asics (forgot about them). I found that the toebox was too tapered and it caused bruising of my big toenails.

I usually get the average width B. I am not sure what E's are.... wide or narrow? I have a narrow foot so I like a snug heel but need lots of room in the toebox for the "piggies" to stretch out. I may just give the Asics another try. Can't hurt!

Thanks for the suggestion!!

I've run a bunch of marathons in my Pearl Izumi's and have had very few blister problems. My wife bought a pair and loves them as well. Keep them on the try list at some point. I wish theymade good trail shoes, then they would be all I would wear!